Although the 15 naturally occurring rare earth elements are generally similar in their geochemical properties, their demand and value are by no means equal. A subset of the rare earth elements are known as critical rare earths (CREE) and include dysprosium, terbium, europium, neodymium and yttrium. The provision of these elements are were identified by the US Department of Energy, in its ‘2011 Critical Materials Strategy’ report, as having "critical" levels of short-term supply, meaning supply issues could occur from now through 2025. As such the critical rare earths typically have higher prices and are likely to remain high due to demand. Despite this the overall global market for some of the critical rare earths is relatively small compared to others. The global demand in 2012 for terbium was only 305 tonnes compared to neodymium at 18,575 tonnes. Magnet Rare Earths A better distinction between the rare earths is to categorise them by the end use sectors, i.e. magnet or phosphor industries. Neodymium and praseodymium represent 93% of the rare earths used in magnet manufacture and it is this sector which is predicted to have the most growth at 10-12% p.a. (Roskill 2013) driven by demand from the conventional automotive industry, new off-shore wind farms and increasing up take of hybrid and electric vehicles. Neodymium and praseodymium alone made up half the total market value of rare earths in 2012. NdFeB magnets are the largest market for rare earths consuming a total 23,000 tonnes in 2012. Direct drive technologies for large new offshore wind turbines rely on NdFeB magnets. Ngualla’s value drivers are aligned with the demand and growth of the magnet sector - 86% of the projected revenue is underpinned by the high value magnet and critical rare earths. [REF] 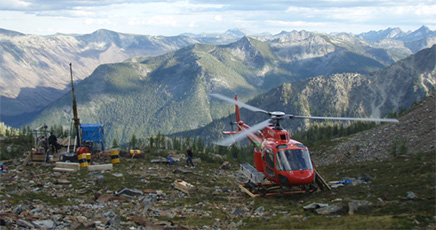 The principal economic sources of rare earths are the minerals bastnasite, monazite, and loparite and the lateritic ion-adsorption clays. The rare earths are a relatively abundant group of 17 elements composed of scandium, yttrium, and the lanthanides. The elements range in crustal abundance from cerium, the 25th most abundant element of the 78 common elements in the Earth's crust at 60 parts per million, to thulium and lutetium, the least abundant rare-earth elements at about 0.5 part per million. The elemental forms of rare earths are iron gray to silvery lustrous metals that are typically soft, malleable, and ductile and usually reactive, especially at elevated temperatures or when finely divided. The rare earths' unique properties are used in a wide variety of applications. [REF]

“The U.S. is heading down a dangerous path that will mean more dependence on foreign nations, which in turn will impact American jobs and the estimated $232 billion of total direct and indirect economic impact of U.S. mining. This trend also impedes the innovation that is the cornerstone of our U.S. economy.” — Doe Run Company President and CEO Jerry Pyatt, July 30, 2014